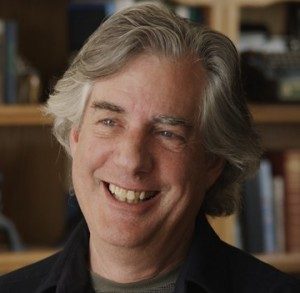 By Neal Fishman, SCCA Board President

Life sometimes takes strange twists and turns. For instance, how does a city boy from the Bronx end up as a leading Northern California environmentalist and a critical member of the SCCA board? It’s a good story and we’ll let you in on it. But first, a very big thank you to David Keller, said city boy, for his years of service to SCCA, Sonoma County and much of the rest of Northern California. David left SCCA’s board this year after 18 years. We owe him our respect and gratitude and very much miss his insights at our monthly meetings.

David grew up in the Bronx in the same congressional district now held by Alexandra Ocasio
Cortez. His family lived in a lively area of high rises that were well planned to provide more than just a place to live. There were parks and community centers, public transit, and small retail stores. It was one of the first planned high-rise communities in the country. Its goals were to provide a good quality of life for everyone, not just specific families within their own domiciles. This stuck with David and is one of the keys to how he feels about Sonoma County and its problems and opportunities.

After graduating from City College of New York with a double degree in sociology and social psychology and a minor in art David left the Bronx and headed for advanced study in Ann Arbor, Michigan, eventually getting a job as a social worker in Detroit. As he tells it, this was his last straight job and it didn’t last long. Oregon and then California beckoned.

Carpentry and woodworking were his goals in Oregon but the economy in the early seventies provided few opportunities. Landing in Oakland he decided to seek new skills at the California College of Arts and Crafts and then UC Berkeley. Neither had wood working classes of any note and CCAC cost a mint, and at that time David barely had enough money to buy a package of mints. But he was told of a master woodworker living in Bolinas, Arthur Espenet, who might consider having a student.

He visited Espenet, who it turned out was just about to undertake a major project for the Smithsonian, outfitting the then new Renwick gallery. David had found a master who he then convinced to “hire” him for the princely sum of nothing. But he didn’t have to pay him either. He worked there for three years. But after a few months he was taken on as a paid employee making a living wage at the time, $3 and hour. He became a skilled wood worker and carpenter, his goal, but also made wood working tools. He devised a special jig for creating dove tails in larger thicker furniture pieces. Selling these tools and making furniture became his livelihood.

Bolinas was and is a town of often brilliant but iconoclastic individualists. David fit right in and became involved in local issues. He spearheaded the permanent opening of the beach in town and repair of the infrastructure protecting it. He supported a development moratorium based on water supply. These, and other issues, meant dealing with bureaucrats, permits and even a local election. The social worker turned wood worker was becoming an environmental activist.

After a few years David and his wife Allison moved to Petaluma where his activism blossomed over issues related to a local creek, the local sewage treatment plant, the Petaluma River, the county water agency, and eventually the Eel and Russian rivers. These all remain issues that David cares about and is active in. It didn’t take long for Bill Kortum to ask David to join the SCCA board in the late nineties. He also served a term on the Petaluma City Council. For all of his nearly 20 years on the SCCA board David was a thought leader and a tough activist. He is proud of SCCA’s role during those years promoting the SMART train, urban growth boundaries, the Ag and Open Space District, and a fix for Santa Rosa sewage treatment dilemmas.

In a way, the city boy has come full circle. The differences in his interests and life in the Bronx and eventually in Sonoma County do not loom so large today. David recounts that even in his New York days, water was always an issue and solace to him. His later work in Marin and Sonoma counties has included much thought and effort about water supply and public access to water. His experience living in a well-planned community in the Bronx informs his opinions on what types of development should be promoted in Sonoma County. His New York local hero, Jane Jacobs, got her spurs battling the powerful and legendary Robert Moses who tried but failed to put a freeway through the center of Manhattan, which would have destroyed much of the city. Jacobs powerful rebuke of Moses as well as David’s own social activism flowed easily into environmental activism in later years.

David may have left the SCCA board, but he will always remain a supporter and a firm environmental voice in the entire region. Now, along with his long-standing interest in water, David will be concentrating his concern on making sure that the rush to build new housing for all income levels is done with the same kind of care that was put into those high rises in the Bronx. He recounts a story about a conversation he had with a Berkeley architect about how long buildings last. What we do today will be with us for generations. If we don’t require development to provide space for public amenities, there won’t be any, for generations. He also recounts an encounter with a group of Japanese carpentry masters who came to California during his Bolinas days to rebuild a dismantled temple that was sent as a gift. Each member of the crew from Japan was not only a master carpenter but they each came from generations of such masters. Their skills were unmatched because of this long tradition. David stands for the long view in Sonoma County. He stands with future generations as well as our own time. He stands for an economy, where skill, craft, environmental restoration, and public goods have a key and honored place. To a great degree this is the essence of SCCA’s mission and we will continue to seek David’s guidance in the coming years.