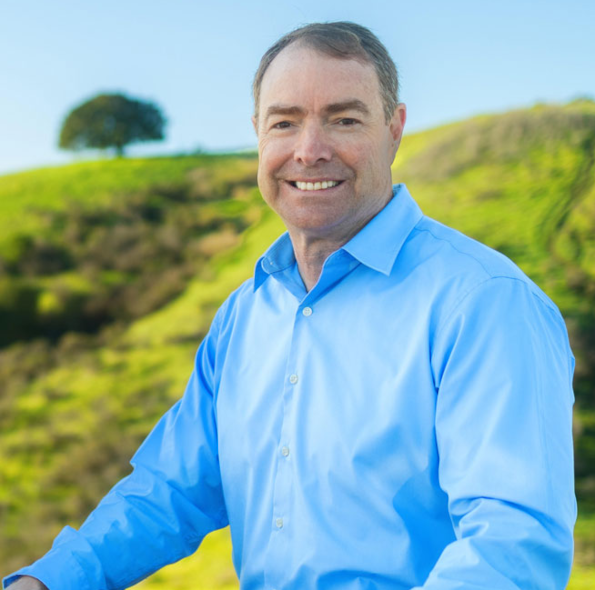 This November, Sonoma County Conservation Action supports Damon Connolly for the 12th Assembly District
The 12th district is currently represented by Assemblymember Marc Levine, who chose to not run for re-election and instead threw his hat in the ring for Insurance Commissioner. He lost. But meanwhile, the newly formed 12th Assembly District had moved on to a very competitive race between four Democrats in the June election. In the primary, two candidates emerged for the November runoff: Supervisor Damon Connolly and Coastal Commissioner Sara Aminzadeh.
Sonoma County Conservation Action is, at its core, a grassroots organization that believes that local voices should be centered in all our efforts. Both candidates have placed the environment as the foundations of their campaigns for the Assembly, and in that regard, voters in the 12th Assembly District are guaranteed to have a representative who understands the urgency of addressing climate change. We are grateful for this, and we applaud grassroots environmental advocates for helping to shape this debate and push forward those critical issues. With both candidates being strong champions of the environment, this endorsement process was a deep and thoughtful discussion.
In this head-to-head matchup in November, after examining voting records, campaign donations, policy positions, and interviews, Sonoma County Conservation Action supports Damon Connolly. Damon has been a thoughtful, accessible representative who has a proven track record and voting history of working on our behalf to advance environmental issues. We will be well-served with him as our Assembly member.
Assembly District 12 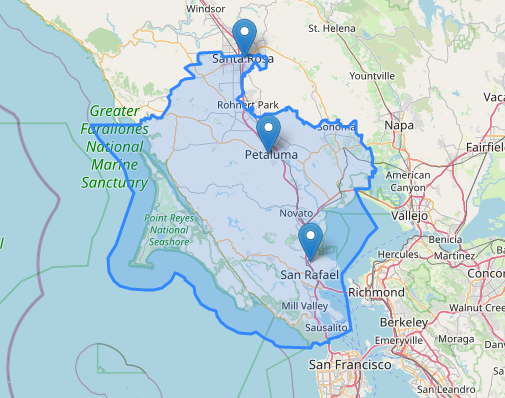 Damon Connolly
Damon Connolly has spent his entire political career advocating for the environment and has repeatedly highlighted the urgency of addressing climate change – as a school board member, City Councilmember and Supervisor. As Vice Mayor in San Rafael, he helped author and advocate for Marin County’s first Climate Change Action Plan and was a co-founder of Marin Clean Energy, a Community Choice Aggregator that has not only allowed Marin jurisdictions to make a noticeable dent in their carbon emissions, but has helped fuel the movement in other jurisdictions (such as Sonoma County with Sonoma Clean Power). He has a record of fighting to preserve and restore open space, ban single-use plastic bags and takeout food containers (before it was in vogue), and every year does a “Ride with Damon” program where he spends a month using only public transportation and his bike to highlight the deficiencies in our public infrastructure and to encourage people to get out of their single occupancy vehicles.
Damon has a history of taking on big-monied interests. As a Supervisor, he has pushed back on offshore oil drilling, and as a Deputy Attorney General, Damon was part of the team that took on the out of state power companies that gouged ratepayers during California’s energy crisis including Enron.
Sara Aminzadeh
Sara Aminzadeh was appointed to the Coastal Commission in 2017. She is an attorney and prior to running for office was the vice president of partnerships at the US Water Alliance and the Executive Director at California Coastkeeper Alliance. Sara has an impressive body of work as an advocate for the environment and has built a campaign largely around climate change. Sara provided thoughtful answers to our questions and it is clear she has studied deeply on some critical environmental issues. However, being new to the district, she has less experience working on our local issues than her opponent and her voting record on the coastal commission has been decidedly mixed.
As an example, Sara was the swing vote to advance a controversial proposal to manage the mice population on the Greater Farallones National Marine Sanctuary by using helicopters to seed the area with 3,000 pounds of rodenticides. Sonoma County Conservation Action has worked hard to partner with local elected officials and organizations – such as our good friends at Sonoma Safe Ag, Safe Schools – to reduce the use of poisons in our critical public areas and ecologically sensitive open spaces. Damon opposed the plan and has helped lead the charge to ban roundup/glyphosate throughout the County of Marin.
Follow the money
By virtue of their professional backgrounds, an interesting dynamic has emerged in this race. While their total dollars raised and spent thus far is strikingly similar (with nearly $600,000 raised by both candidates as of their last campaign filing), Damon has been the candidate with support from within the district. 59.1% of his total dollars raised come from people who live in the 12th Assembly District. His average donation is $910.38 per donor. Sara, on the other hand, has received 25.52% of her campaign dollars from the people she seeks to represent. Her average donation per donor is $1,049.59.
Likewise, with some notable exceptions, Damon’s endorsements largely come from local elected officials and organizations. He has the support of three of his four colleagues on the Board of Supervisors and four of the five Supervisors in Sonoma County. Sara’s endorsements are more broadly based, with endorsements from the Lieutenant Governor, the State Controller, and numerous state Senators and Assemblymembers. She also has support from Congressman Jared Huffman.
You can check out Damon’s endorsements here, and Sara’s endorsements here.