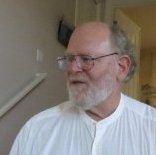 Neal Fishman of Petaluma, Board President 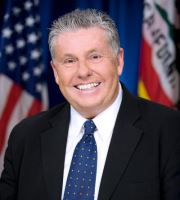 A North Bay community leader for over 40 years, Michael has a record of activism and extensive legislative experience that makes him uniquely qualified to tackle the diverse issues facing our neighborhoods and our state. Michael has had an extensive career as a registered nurse, lawyer and then labor leader right here in the North Bay. Elected to the State Assembly in November 2010, Michael was appointed to serve as the Assistant Majority Leader shortly thereafter. Since then, he has worked to improve safety at our state hospitals, help working families, and create local jobs. After serving in the Assembly he was appointed to the California Unemployment Insurance Appeals Board by the Assembly Speaker Perez in January 2013. Recently, Michael was appointed by Governor Newsom to continue his service for the people of California. 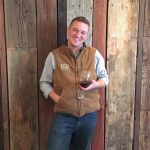 Raised in Boyes Hot Springs and settled in Santa Rosa, Miles is a veteran of the US Navy and National Security Agency where he served as an Arabic Linguist and Mission Manager. He is currently the DTC and Marketing Manager of a winery startup in Glen Ellen that focuses on organic farming and reducing the industry’s carbon footprint through wine-on-tap. A member of the Santa Rosa Community Advisory Board he is a committed advocate for social, economic and environmental justice.

Janis Watkins of Healdsburg, Board Secretary

Janis grew up in Sonoma County where her father was a farm advisor. After graduating from SRJC, she went on to higher education and UCLA Law School. She returned home and has been a practicing attorney (civil appeals) for more than 35 years. She finds her passion working on environmental issues and social and environmental justice in Healdsburg and Sonoma County. She is on the Board of North Bay Organizing Project. Janis and her husband Warren enjoy their grandchildren, hiking and playing tennis, and getting out to their rural property in Mendocino County.

Anne Seeley has lived in Sonoma County since 1977. In 1986 she was a co-founder of Concerned Citizens for Santa Rosa a community interest organization that has been effective in making Santa Rosa government more transparent and attuned to the public. She works through coalitions such as the Sonoma County Water Coalition to help keep Sonoma County a healthy, beautiful place to live. Working full-time as a medical office nurse, she still attends each Santa Rosa Council meeting.

Megan’s research on pesticide use in public spaces helped spearhead SCCA’s Toxic Free Future campaign. Through her work as vice-chair of Santa Rosa’s Board of Public Utilities (2013-2017), background in environmental remediation, and passion for keeping toxics away from kids, she has become a local leader in public landscape maintenance policy. Megan was born and raised in Sonoma County but spent her early career working as a hydraulic engineer/hydrologist on stream restoration and dredged material reuse projects for the Army Corps of Engineers in Chicago and San Francisco. She holds engineering degrees from Northwestern and Stanford. 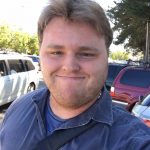 Blake currently works as the Sonoma County Field Representative and Case Worker for Congressman Jared Huffman and is passionate about land use and housing policy. Prior to this, he worked for Sonoma County Conservation Action where he managed both the membership canvass and the organization’s online communications. Blake has worked on several local, state and federal campaigns, and has been an activist in both the local and state Democratic Parties. He is a committed advocate for social, economic, and environmental justice, as well as the reduction of barriers into both the political process and civic engagement.

Blake also likes long walks on the beach, competing in combat robotics competitions, and finding the most shade in any location where exposure to the sun is possible…

Former Board Members and Contributors:

Mark Green was a statewide canvass director for the California League of Conservation Voters (CLCV), where he met Bill Kortum, whom at the time was on the Board of CLCV. Bill and Mark hit it off, and went on to form Sonoma County Conservation Action with Mark as the founding Executive Director, a position he served in from 1991-2000. Mark blazed critical environmental policy trails in Sonoma County and became a major force for the protection of open space and Russian River watershed.

David Keller brings his love for social justice, political activism and dedication to the environment to SCCA. He is the Bay Area Director for Friends of the Eel River, and founder of the Petaluma River Council. He’s held elected office as a Petaluma City Council member, and as board member of the Bolinas Fire Protection District. He’s worked on river and coastal lagoon restoration, water and watershed resources, downtown revitalization and infill development, flood management, water and wastewater privatization, and protection of utility ratepayer interests. He is also a long-time manufacturer of patented woodworking tools for cutting dovetail joints.

Jane has had a 25 year career as a field and research geologist at the U.S. Geological Survey in Menlo Park, CA. She also has taught Environmental Geology and other courses at California State University, Haywar and Pomona College, Claremont, CA, and is co-author of The American West at Risk, published by Oxford University Press in 2008. A co-founder of the Sebastopol Water Information Group and Sonoma County Water Coalition, she also serves on the board of directors for the O.W.L. (Open-Space, Water, and Land Conservation) Foundation.

Born and raised in Santa Rosa, Chris grew up volunteering with the Madrone Audubon Society and the Bird Rescue Center. Worked in field ornithology labs as a teenager. Studied Urban Planning and International Policy at UC Berkeley. Has worked in Latin America and elsewhere on humanitarian issues of autonomy, sustainability and refugee relief. Currently on the Board of Public Utilities, works as a general contractor and is a local musician. Active advocate for environmental justice, affordable housing and healthy watersheds. 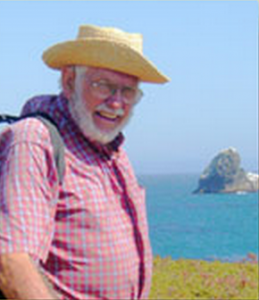 Well into his ninth decade, he energetically focused on promoting Sonoma County Conservation Action (SCCA) which he founded 25 years ago. In recent years he was campaigning for public access to Petaluma’s Lafferty Ranch, and for the completion of SMART rail and the California Coastal Trail. Coastwalk California, another organization he co-founded 31 years ago, is the nonprofit that advocates for the statewide California Coastal Trail (CCT) and public access to the California coastline. A popular segment of the CCT on the Sonoma coast bears his name, the Kortum Trail.
A Remembrance
You can help continue Bill Kortum’s legacy with a donation to a special fund. 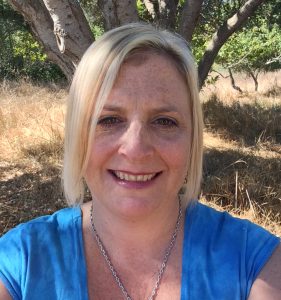 Born and raised in Delaware, Erica graduated from High Point University with a BA in Psychology.  Excited to move to California, she first settled in Bolinas for 3 years were she worked as a Childcare Worker and Teachers Aide in a group home setting for boys; she then went on to an 11 year career in the financial sector.  Taking her vast skill set to a new platform she moved into hospitality and wine industries for the next 5 years to follow.  Wishing to utilize her organizational and problem solving skills, along with her caring nature,  she  joined SCCA in August of 2016, continuing to join her community in being stewards for the environment and the planet. She has spent the last 25 years as a Californian, living in many beautiful communities, but whose love for Sonoma County, it’s unique environment and community, brought her home to Sebastopol, where she currently resides.

Moved from Washington, DC to Sonoma County in 2002 and quickly became a Field Organizer for SCCA. After working several campaigns and knocking on thousands of doors Matt left SCCA for other opportunities. Ten years later the call of local politics beckoned him back into the organization, this time as the Canvass Director to train a new generation of organizers. 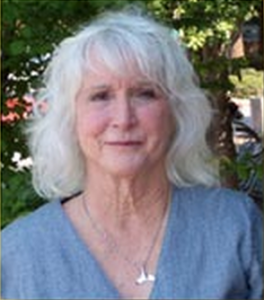 Graduated from U.C. Santa Barbara with a BA in speech/drama. She has 2 grown children and has lived with her pets in the county for 25 years, mostly on Fitch Mt. near Healdsburg. She has been a canvasser with SCCA for over 12 years. By SCCA’s calculations, she has knocked on over 400,000 doors in her career here in Sonoma County! 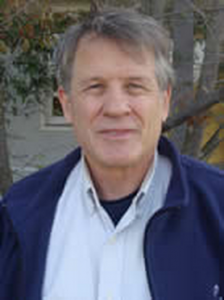 David is a member of the Congress of New Urbanism, has earned an MPA with an emphasis in Community Development and spent most of the past decade as a municipal planner. He is a native of the most scenic region of Michigan and spent fours years in Costa Rica reporting on environmental and social-economic issues as well as on eco-tour attractions. 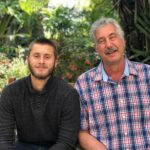 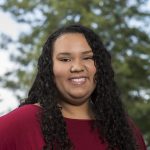 Aja was born and raised in Santa Rosa, California. While attending Santa Rosa Junior College she fell in love with Environmental Studies and declared it as her major. In 2017 Aja transferred to Humboldt State University where she completed her Bachelor’s degree amidst the Redwoods and the coast. Accomplished and homesick she returned to her native Sonoma County with the hopes of helping the environment and her community. In 2019 she joined the SCCA family as a field organizer helping to educate the public on the dangers of synthetic pesticides. Aja has dedicated her future to environmental advocacy and looks forward to furthering her community engagement.